Membership
Members pay 100 a year unless they are asylum-seekers or low wages, in which case it is 25 kr. for a year. You do not have to be a member to participate in our activities. For general information our CVR number is: 35297715.

2017 and 2018 Nordvirk has helped with donating refurbished laptops

2017 Aalborg Municipality donated 13.000 to specified activities. We use the majority on food, weekly activities and a few trips to centers or excursions. Accounts for 2017

Feb. 6 2016 Welcome to Aalborg – celebration of community
More than ever before, in Asylforum we felt the need to celebrate how great we get along and how great refugees are at helping each other and those around them. We invited more than 400 people from Hjørring, Brovst og Hanstholm. Bilka gave us a donation of 400 kr. to buy food, Rema 1000 in Hasseris gave 5 packs of coffey, Dagrofa donated a large bunch of cups and other plastic and Aalborg Fødevareoverskud reserved most of their collection of bread, fruits etc. to us. The Studenthouse and Aalborg Universitet (upstairs) gave us both location, coffee and were in all ways generous and helpful, as were their volunteers and Sound technician Frank.

Baptistkirken in Nørresundby
Sunday, December 6th 2015, a donation was made by the Baptistkirken in Nørresundby. The donated money went to a trip to Hjørring that we went on already the on Dec. 13, where we we went 28 people in cars to Café Venligbo in Hjørring. Here we were told about the initiative and the webpages. We also visited 3 refugee camps on the way in Brønderslev and Hjørring to invite them to our party in February. In Hjørring we had coffee and a muffin.

Refugees Welcome
In September 2015 a group of students arranged a demonstration in support of refugees. They sold cake and raised money to different organizations and we received 3.500 kr. from them. Really great initiative.

2015 Aalborg Municipality & City Bikes
Fortunately Aalborg Municipality donated 15.000 kr. so that we are now able to continue our activities. In June, we also received 70 city bikes, which we are renting out to local asylum seekers. They can use the bikes for free, as long as they want but they have to help us paint them, pay 25 kr. in support to spray paint and they should be members of Asylforum. If they get another bike or just doesn’t want to use it anymore, it goes back in our poll, so that we can lend it out to someone else. We also, got 18 spray cans donated to us from Silvan and a big bag of semi-used ones from Johnny Hefty and a friend of his.

Celebration in 2015
In 2015 we had a big party in January where we spend our remaining money. We borrowed Friskolens lokaler, got meat and pasta free from Rema 1000 in Hasseris, plastic plates and cutlery from Dagrofa, LEGO from the Red Cross Youth, candy from Slikhans and guest also brought some dishes for the many guest, mostly from the Ranum and Frederikshavn camps. Bilka also donated a gift card of 500 kr. for the winners of our football tournament. Each got a card with 100 kr. on.

2012 – 2014
When we started up around 2012. We were mainly supported by 1000 Fryd’s Folkekøkken (People’s kitchen), which donated their profits to us. We spend these profits mainly on transportation to visit the asylum camps in Norther Jutland and for transport to a few of our members + a little for snacks at gatherings and a lot for our annual events and Mangfoldighedsdagen 2013 + 2014. 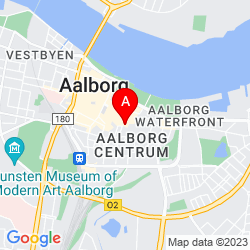